9 Mahjong tips to master the game 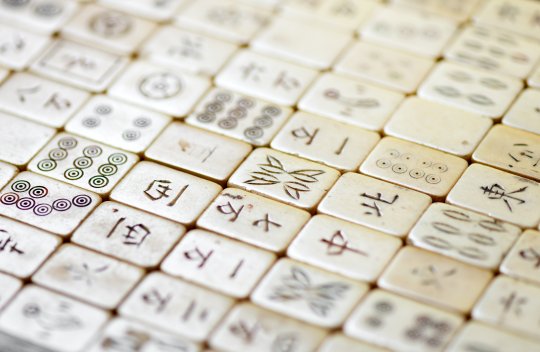 The Mahjong tips should not be confused with tricks or clever ways to fool the game and achieve victory faster. Rather, it is a set of strategic ways of facing the game that can turn any player into a master of these puzzles without having to fall back on cheating or relying on hints to complete the game.

These tips, or strategic approaches, are very logical and straightforward to understand. Most players already put them in place unconsciously while others may benefit from knowing them one by one to become aware of their importance.

1. Always think one step ahead

Despite its simple premise, Mahjong Solitaire is a strategy game. One thoughtless move can be enough to lock the puzzle and turn it unsolvable. For this reason, players should always think one step ahead when matching the tiles.

Throughout the game is it very likely that several pairs will be available to match and remove. In these cases, the player should refrain from acting on impulse and instead take a moment to survey which pairs will unlock more pieces to be played in the following moves. Priority should be given to these as they ensure quicker progress in the game.

2. Delay your moves if there is no immediate gain

Most Mahjong Solitaire tips revolve around the concept of thinking and planning moves ahead. As mentioned in the previous tip, the players should always pair the tiles that unlock more possibilities and moves. The contrary is also valid.

If a pair is available on the board but matching it will not make the players advance in the game, then it should be put on hold. This tip is based on the concept of “Return on Investment”, which is also applicable in many other Solitaire games.

In practice, when there is no immediate gain, this concept advises players to put a move on hold and wait for the game to evolve and a better opportunity to come out.

3. Pay close attention to tiles with the same symbol

In the larger puzzles with a high number of tiles, several tiles with the same symbol likely become available at the same time. Matching them should not be a random decision.

Unless the tiles are available in an even number (and thus the player can pair all of them at once) it is advisable to stop for a moment to check each one and the possibilities they unlock. The player should match only those that unlock the most pieces and allow for the quickest progress in the game.

4. Keep an eye on similar tiles on top of each other

Whenever it is possible to identify two similar tiles on top of each other, solving them should become a priority.  Otherwise, these may lead to an unsolvable puzzle.

If those two tiles are the only ones left out of their symbol/suit to be matched, the game will be lost. Even shuffling the pieces will not help as they will remain on top of each other which means the bottom tiles will never be free to be matched.

Tiles can only be matched if they have no other blocks on top of them and if at least one of their lateral sides is free. Thus, stacks and rows are the most problematic areas in a Mahjong Solitaire formation.

With stacks, the players are often unable to see which tiles hide below the upper pieces. Long rows can be even more frustrating as all the pieces are normally visible, but inaccessible.

One of the most valuable Mahjong Solitaire tips is to focus on these areas first to avoid reaching an unsolvable stage.

6. Use the game special features to unlock an unsolvable puzzle

Whenever players face an unsolvable game and have no more moves, they can use one of these two features to try to unlock the puzzle once again.

The shuffle option is the easiest and quickest path to do so. This button rearranges the tiles and opens up several matching possibilities to progress in the game.

The undo feature, on the other hand, is often preferred by expert players as it demands a more strategic approach.

7. Computerized hints do not always offer the best moves

As the previous Mahjong Solitaire hints already reveal, to master these puzzles players need to think strategically. They must survey not only the currently available moves but also which following ones become unlocked.

In the case of computerized hints, there is no strategic analysis involved. The software only identifies an open pair and reveals it to the player.

8. Try to memorize the tiles and their position

The symbols and characters of the tiles can be so similar that it is hard to differentiate them at first glance.

When they are unfamiliar, it takes longer for players to search and compare the drawings before committing to pair them up. It is also harder to remember the position of each tile and to match it quickly whenever the pair becomes available.

Taking the time to memorize the tiles is thus one of the most useful Mahjong Solitaire tips. It can be applied to any puzzle, regardless of its difficulty level, and it has the added advantage of improving this mental skill in general.

9. Strive to unlock at least one tile per move

This can be considered the golden rule of all Mahjong Solitaire tips as it embodies the strategic approach required to become a master of these puzzles.

To avoid unsolvable games and the defeat they imply, every move and every pair must be carefully scrutinized for their pros and cons. Even when a pair does not unlock another move, the player should make sure that at least it unlocks one tile.

That piece may not have a pair to go with at that moment, but it creates the possibility for an open path later in the game, while a movement that does not produce any changes will leave the player in the same situation and without prospects.

The 7 most frequently asked questions about Mahjong Solitaire

Play our other online games!